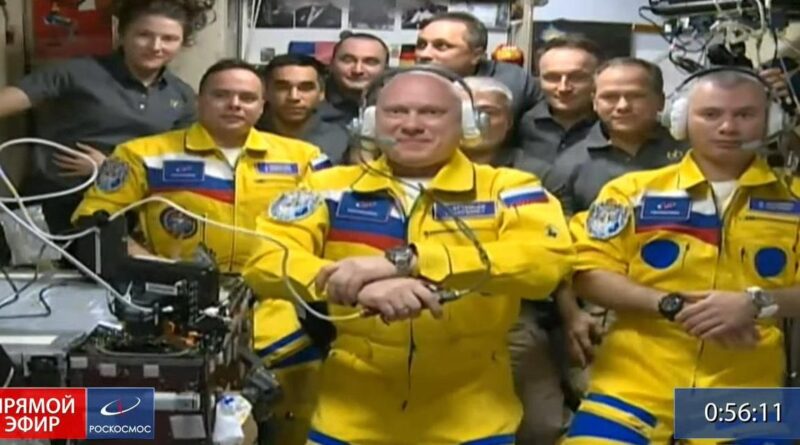 Rumors began swirling through the Western media on Friday after Russian cosmonauts arrived at the International Space Station wearing yellow and blue uniforms. The reports said they had chosen the colors to show their solidarity with the people of Ukraine.

Given Russian President Vladimir Putin’s level of intolerance, this was considered to be an extremely audacious act.

It seems to me that such a display of support for the country Putin is trying to crush would A) put their safe return to earth in jeopardy or B) earn them a trip to the gulag on the fast train. READ MORE

By Elizabeth Stauffer | The Western Journal